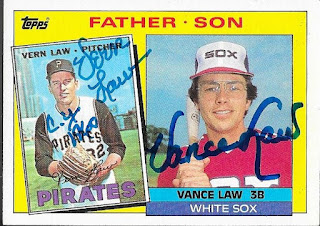 Here is a really cool addition to the autograph album from Vance Law.  I had heard that if you sent Law the above 1985 Topps Father/Son card, he would also have his dad, Vern Law, sign it.  Well, I sent one along, and was able to prove that theory true.  I thought that was a really cool touch, and adds something special to the album.  Vern Law also included the 1960 Cy Young inscription to the card. 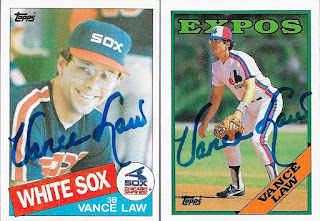