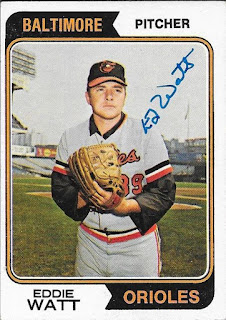 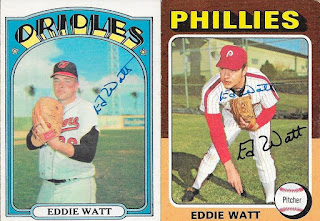 I had gotten the 1972 recently, as part of the blogger Secret Santa.  It actually is a 1972 O Pee Chee, which I didn't think was around back then.  I also had the above 1975 that came in one of my first trades with my friend, Max. 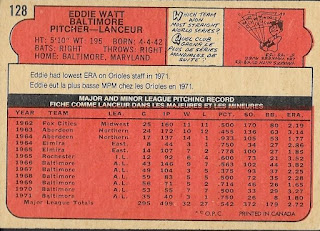 Here is the back of the 1972 O Pee Chee, so you can see what makes it different.  The text is in English and French, and the back is a different color that 1972 Topps.

I mailed to Watt on February 27 (while I was watching the Oscars) and got the cards back on March 7, for an 8-day TAT.
Posted by William Regenthal at 6:39 AM