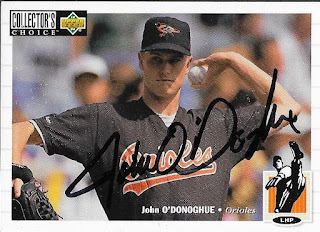 I added a really cool TTM success with this one from former Oriole, John O'Donoghue.  I had gotten his dad TTM a while back, and saw that the younger O'Donoghue was signing as well. 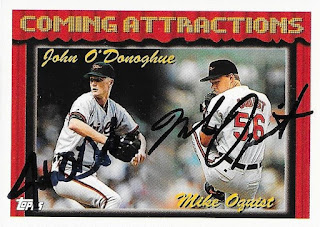 The biggest plus of this success, though, was being able to complete this 1994 Topps Coming Attractions with Mike Oquist.  I have completed a couple cards like this, and it is always fun to do a couple of them.

I mailed to O'Donoghue on February 8 and got the cards back on February 28 for a 20-day TAT.
Posted by William Regenthal at 7:14 PM