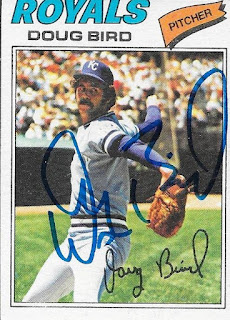 Here is a TTM success from former pitcher, Doug Bird.  I was able to get him to sign this 1977 Topps that is pretty off-center, as you can see at the top of the card.  Still, it was nice to add another '77 to the album. 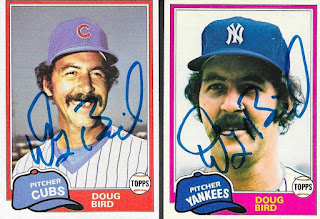 Speaking of adding Topps sets to the album, I got two different 1981s with this success.  The Cubs card is a 1981 Topps Traded, and the Yankee card is his normal card from that year.