What a productive weekend... 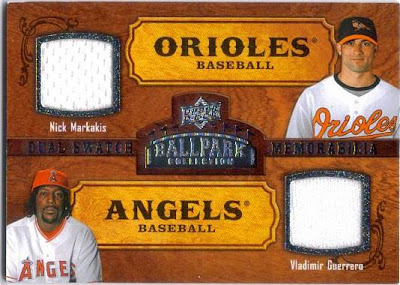 You know it's going to be a good time at the card shop when you bring along your son, younger brother and best friend to spend the day with you. Christopher (my son), Andy (my younger brother) and of course Max (best friend and star of: http://maxscards.blogspot.com/) all accompanied me to the shop for my Saturday of work. While selling Yu Gi Oh and what not to the kids, Max and I spent some time straightening the shop up and pricing out vintage cards. During this process, Max found these cards: 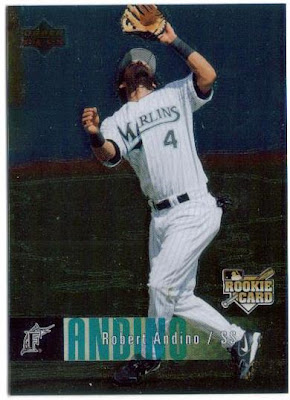 The Orioles backup shortstop Robert Andino. He has really been clutch lately and has filled in admirably for Cesar Izturis while he has been out with appendicitis. 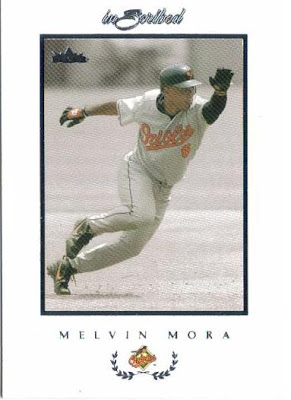 The longest tenured current Oriole, Melvin Mora. While I sometimes question his work ethic, you can't deny that this is a sharp looking card. It looks like he is speed skating... Awesome. 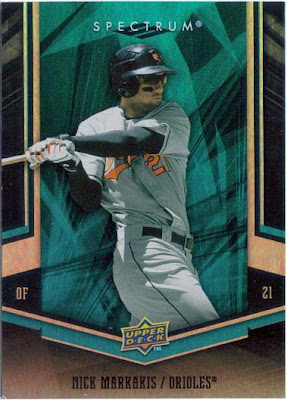 I was really happy to discover this card of Nick THE STICK Markakis. I enjoy the spectrum cards. I don't have nearly as many Markakis cards as I do of Brian Roberts (can't even compare any of them to my massive Ripken collection though) but I am getting more and more. 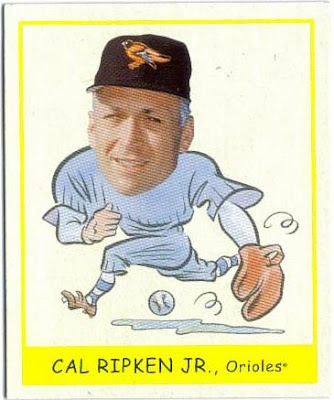 Speaking of my Ripken collection, I am able to add this because I bought a few cards from this guy Jeremy who comes in the shop regularly. He brought in this Ripken as well as a few other cards. I was able to get an Upper Deck X Brian Roberts GU Jersey from Jeremy because Max traded a John Smoltz GU Jersey from SP Legendary Cuts to him for the card, then flipped it back to me. Thanks Max!!! 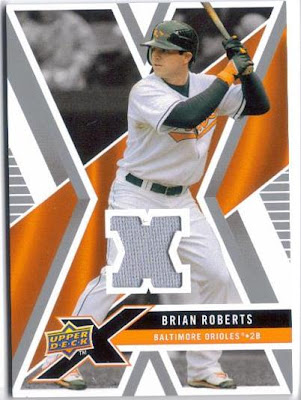 I also purchased from Jeremy the Nick Markakis/ Vlad Guerrero Dual Jersey card at the top of the page. Very nice...

Max and I busted a box of 2009 Topps Heritage as well, hoping to knock a few cards off his list for his set. Max, knowing I have become a fan of Tim Lincecum, as well as being a fan himself, gave me a Lincecum New Age Performer. Pretty sharp card... 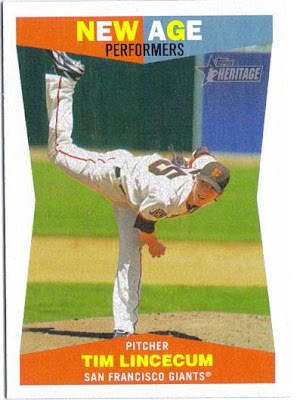 Sorry, blog posting is getting a little cluttered, haha.

After we finished up at the shop, we went back to my brother John's house to drop off some supplies for him. Now, I don't want to reveal the circumstances surrounding the collapse of his collection, but at one point in time, his card collection dwarfed mine substantially. Of course, he didn't have some heavy hitters like I do with my Clemente RC, Koufax RC, etc, but the sheer size of his collection was HUGE. Anyway, we dropped off some supplies to John and we wheeled and dealed and I was able to get these three cards from him: 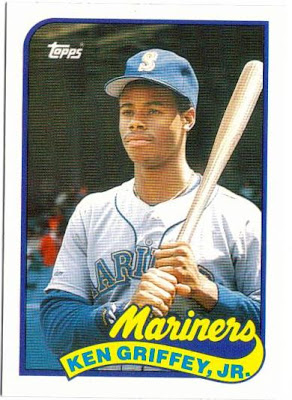 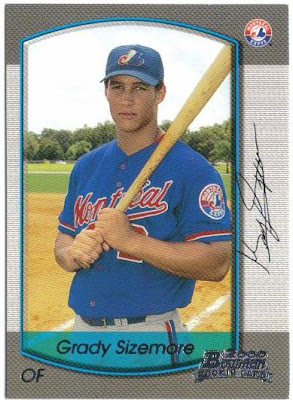 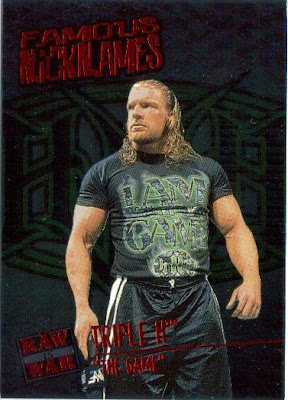 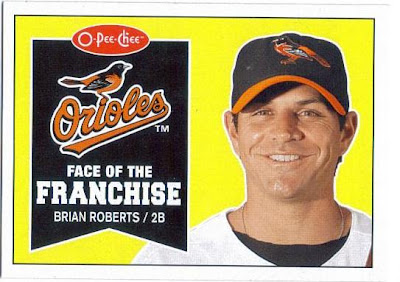 Finally, not to be left out, I received this card via mail from Mike at: http://jdswildcardz.blogspot.com/ this is a really nice Roberts, which I didn't have in my collection. Thanks Mike!

All in all, this was a very good weekend. I'm lucky to be able to spend time with my friends and family and be able to have a few of them enjoy cards as much as I do.

Posted by William Regenthal at 9:42 AM 3 comments: 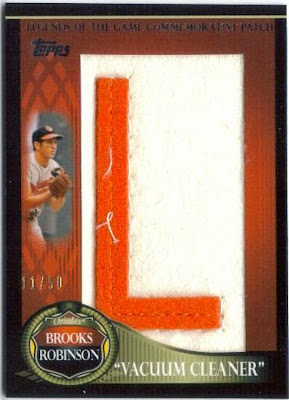 Ladies and gentleman, brought to my blog all the way from Canada... The letter L! I'm knocking the letters off my list! If anyone wants to get me a 4th of July present, there are a few more that I need! Haha.
Posted by William Regenthal at 10:20 PM 3 comments:

Got some SP Legendary Cuts I wanted. 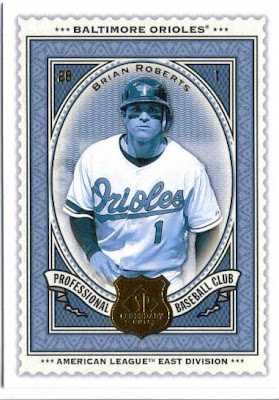 I got a pack of SP Legendary Cuts when I was cashing out at the shop last night, and Pete bought a few packs as well. I ended up with Both Nick The Stick (Markakis) and Brian Roberts. I am pretty much done with openingpacks of these right now because I got the two players I really wanted, but when their price comes down a bit, I may buy a box and attempt the set... I may also open a few more packs and see if I can get Max the Russell Martin base card. We'll see. 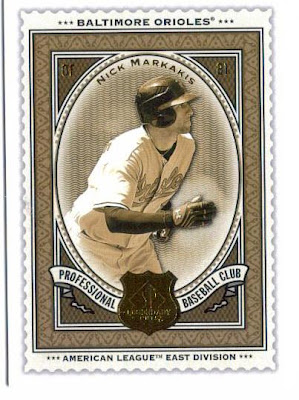 Thanks Pete (http://dropped3rdstrike.blogspot.com/) for knocking another letter off the list. The letter 'C'. This project is getting closer by the day, I think. 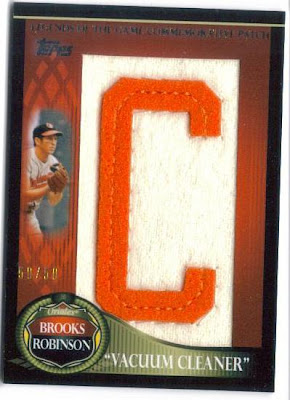 Pete also hooked me up with this really awesome Eddie Murray Sweet Spot Classic card. I gotta tell you, man its sweet. I don't believe I have posted any Murray's on here... For shame. He was a badass. Look at this card, if I were a pitcher and he was in the batters box, I'd be scared to death to hit the guy, he looks like he wants to take my head off right now.... 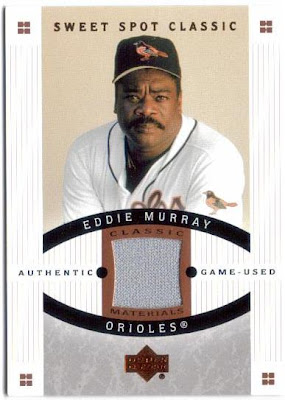 Posted by William Regenthal at 11:16 PM No comments: 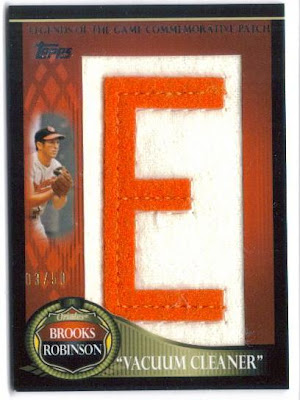 I had this card waiting for me when I got home today: The letter E. I got this one as a 'trade' from Max for the Obama letter I got out of my series 1. My patch project is moving right along...

THANKS MAX!!!
Posted by William Regenthal at 10:12 PM No comments: 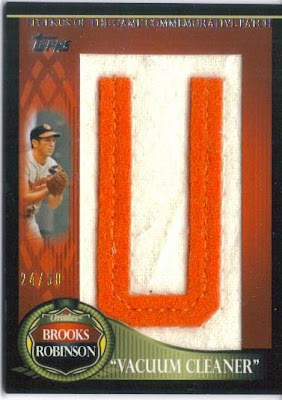 Pete at http://dropped3rdstrike.blogspot.com/ gave me an interesting idea; why not try to complete the 2009 Topps Legends of the Game Commemorative Patches of Brooks Robinson. Arranged properly, the letters spell out 'Vacuum Cleaner.' This is a reference to the 1970 World Series between the O's and Reds where, virtually any ball hit was caught by Brooks! There is an awesome autographed photo at AAA Collectibles in Matthews depicting Brooks laid out in the infield dirt robbing Johnny Bench of a base hit. Sit down Johnny. If anyone wants to pony up $200 for my 29th birthday in September, and make that picture mine... well... I'd love you forever hahaha. 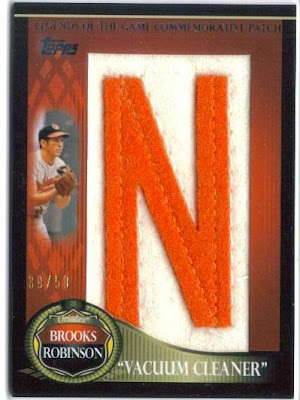 Anyway, to begin this interesting process, I purchased 3 of the Brooks patches off of Ebay, all for under $15 each. I have, so far: N, U, U. Pete has a C coming my way i believe. Lets get MOVING! Go Brooks! Thanks for the idea Pete!! 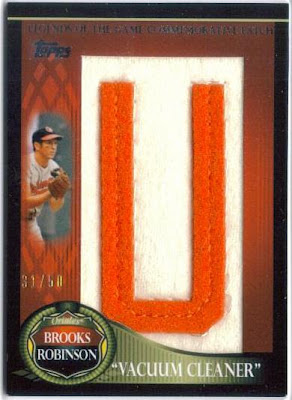 Posted by William Regenthal at 9:04 AM 4 comments:

When I got into town today, I had 12 little envelopes waiting for me. AWESOME! Hooray Sportlots. Granted, several cards that were inside were for Max.

Cause I'm a good person. At least I think so. I grabbed up some variation cards that neither he nor I

would probably get from packs. I take care of my friends. Ok, enough patting myself on the back...
Here are some of the cards I got for myself. I'll let Max blog about his, lol. 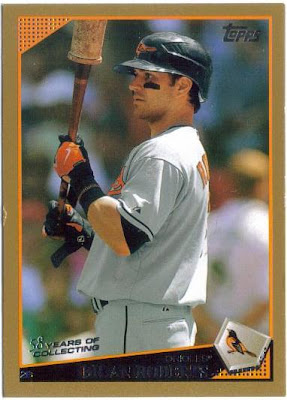 Got the Roberts 2009 Topps Gold. I could have sworn i already had this, but apparently not. Who knows though, when you are moving... 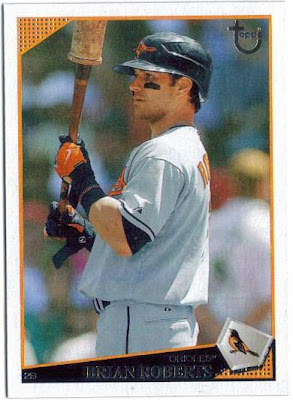 Got the Topps Target variation as well. Am I the only one who misses the old school cardboard? 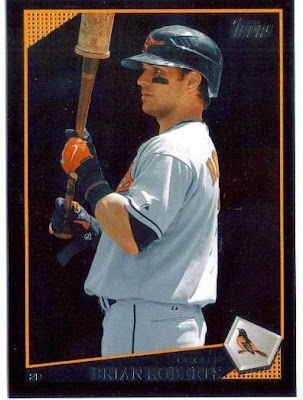 Finally, I got the Wal Mart Black Variation. These are pretty cool. Similar to the Black Border parallel, but not metallic, and not serial numbered. Also, all but the player photo has been washed in black. Reminds me of a Pearl Jam song. 'All the pictures have been washed in Black, tattooed everything...' Ok, thats enough out of me, you know you're in trouble when I start singing.
Posted by William Regenthal at 9:12 PM 3 comments: 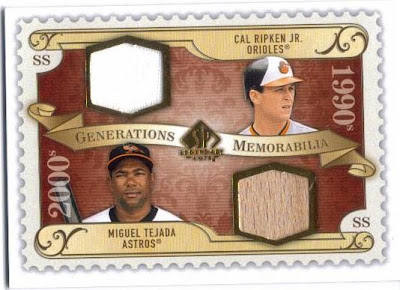 I opened a pack of 09 SP Legendary Cuts and pulled a Russell Martin GU Jersey and instantly texted Max (http://maxscards.blogspot.com/) because Martin is his favorite player. He came by the house today to pick up his Martin and other assorted stuff I had gathered for him throughout the week, and while he was there, he opened a pack of Legendary Cuts as well. He pulled this Ripken/Tejada Jersey/Bat card. Pretty SWEET! So, We 'traded' the Martin and a Don Sutton Jersey card for this. He knows that he really is beyond 'trading' with me, as I pretty much give him the stuff he likes and he does the same with me. It is funny how it worked out though. I may try to get some more of the Legendary Cuts, I think they are some really nicely designed cards...
Posted by William Regenthal at 2:32 PM 3 comments:

I got the Short Print I wanted... 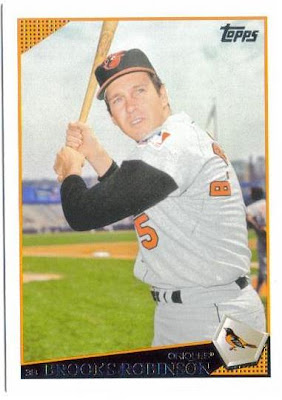 Had to buy it on ebay, but I got the Short Print that I wanted. Brooks Robinson, BABY!! I wish they had used another picture, as this was on some of his older cards... It would have been nice to have one of him robbing a Cincinnati Red during the 1970 World Series... Oh well. I still love it.
Posted by William Regenthal at 8:15 PM No comments: