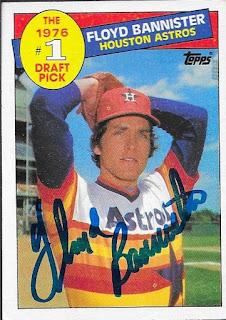 I added some 1980s cards to the album with this success from former pitcher, Floyd Bannister.  The above #1 Draft Picks card from 1985 Topps is pretty cool, with the old Astros jersey.  I had set this card aside a while back for TTM and slowly built up a batch of cards to mail.  This card was definitely the highlight of the return, and one I looked forward to seeing again. 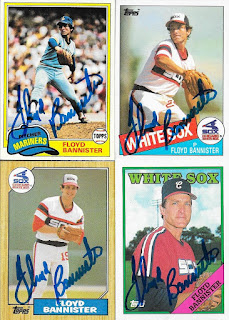 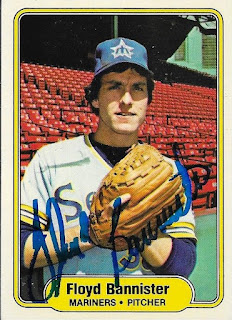 Finally, here is a nice 1982 Fleer that got sent out with the rest of the cards.  I liked the old Mariners hat and jersey, which is what put this card in the envelope ahead of some other Bannister cards that didn't make the cut.

I mailed to Bannister on February 6 and got the cards back on February 16, for a 10-day TAT.
Posted by William Regenthal at 5:27 PM