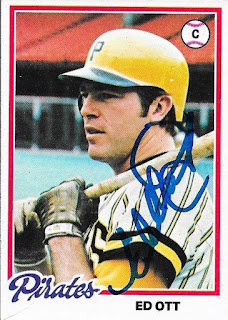 Here I am, back with another TTM success of a player on some 70s and 80s cards.  Ed Ott is a player I identified once I had sorted out my 1981 Topps bulk by number and pulled all of the current signers.  For whatever reason, Ott kind of hung around my TTM box until I found some more cards of his to send out.  I'm glad I finally got around to sending these out, because I really wanted to add another 1978 Topps to the album.  1978 (above) is one of the tougher years for me to add to the album.  When I've bought my bulk Topps, 1978 has been one of the years that I haven't been able to find. 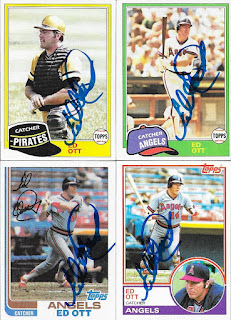 I mailed to Ott on February 8 and got the cards back on February 16, for an 8-day TAT.
Posted by William Regenthal at 10:55 PM