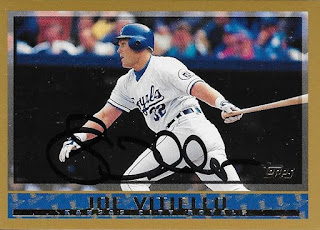 My "to be blogged" TTM stack is getting smaller.  I've been really busy with getting things together to do some autographing during the upcoming season, so I haven't had as much time to send out as many TTMs. 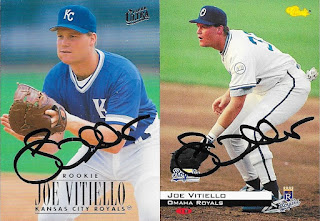 I had a bunch of minor league cards of Joe Vitiello, so it was kind of nice to add some of them to the album. 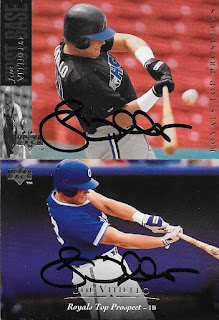 These two UD Minors cards turned out great.  They are some nice exapmles of horizontal cards.  I don't know where I got all of his minor league cards from, but I was happy to send them out.

I mailed to Vitiello on February 21 and got the cards back on March 7, for a 14-day TAT.
Posted by William Regenthal at 6:49 AM