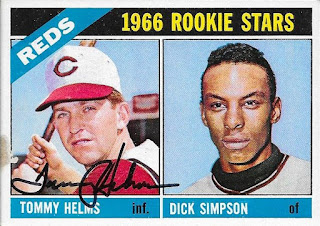 I added a bunch of nice 60s and 70s cards with this success from Tommy Helms.  The above 1966 Topps is a nice one; Dick Simpson actually signs, so I will probably try for his signature on this one as well.  It is always fun to get both (or more) guys on the same card. 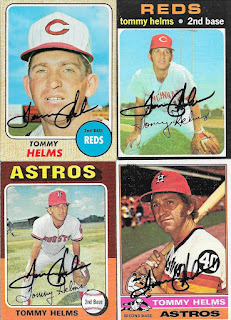 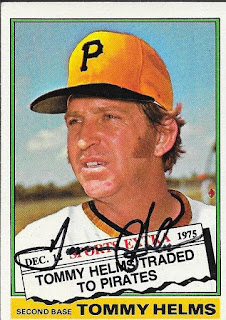 Finally, here is a nice 1976 Topps Traded.  I like the airbrush job on the Pirates hat.  Could be a worse airbrush attempt, I suppose.

I mailed to Helms on February 21 and got the cards back on March 7, for a 14-day TAT.
Posted by William Regenthal at 6:22 PM