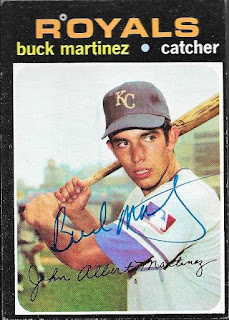 I added an autograph to my collection of a former catcher, manager and MLB Network Radio commentator.  Buck Martinez is a TV commentator for the Blue Jays, but I know him from his days on XM Radio.  I listen to XM in my truck every morning, and I miss the days when Buck was on there.

He once told a story on the radio about how someone gave him a Nissan (or Datsun) Z that had his face painted on the hood.  The way he told it was hilarious.  That was probably back in 2009 or so when I heard that.  I've had my XM since 2007, so who knows. 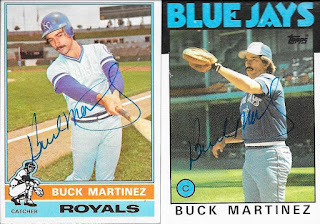 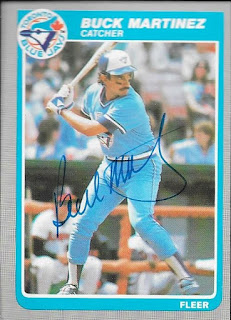 This 1985 Fleer also turned out pretty well.  The blue on the card looks nice, I think.

I mailed to Martinez on February 9 and got the cards back on February 21, for a 12-day TAT.
Posted by William Regenthal at 10:18 PM