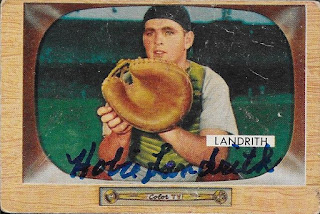 I had grabbed quite a few 1955 Bowman cards at the Raleigh card show back in February, with the intention of adding a bunch of them to the album through TTMs.  Hobie Landrith is a player that I had considered sending to in the past, but I held off because he charged a fee.  Once I picked up the '55, I knew it was time to come off of the money and send his cards out. 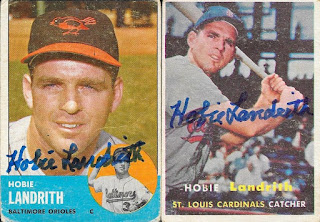 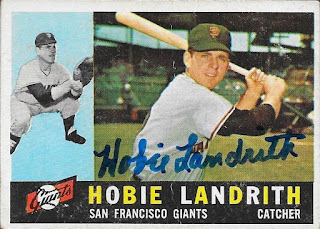 Landrith was the second player chosen in the 1961 expansion draft, which filled the rosters of the Houston Colt .45s and the New York Mets.  With Eddie Bressoud being chosen with the first pick by the Colt .45s, Landrith would be chosen by the Mets.  This essentially makes Landrith the first Met.

I mailed to Landrith on February 13 and got the cards back on February 28, for a 15-day TAT.
Posted by William Regenthal at 10:59 PM