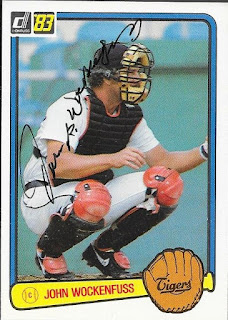 I received a TTM success from former catcher Johnny Wockenfuss on some early 80s cards.  This 1983 Donruss turned out pretty nicely, I think.  Wockenfuss tried to fit his signature in the best possible place on each card that I sent. 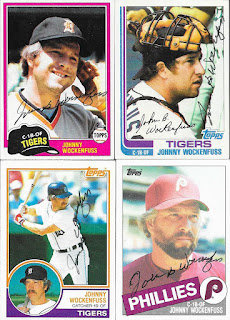 I got a few Topps cards as well.  They all look pretty cool, I think.

I mailed to Wockenfuss on January 19 and got the cards back on February 21, for a 33-day TAT.
Posted by William Regenthal at 5:37 PM