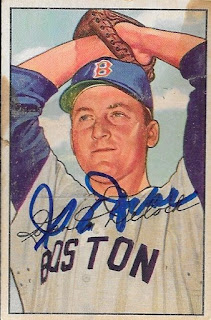 I added some more vintage to the autograph binder with this success from Ike Delock.  I was looking for some nice Bowman cards to get signed, and saw that Delock was signing, so I chose this 1952 because I liked his Boston jersey.  This marks the second '52 Bowman that I have picked up for the binder (behind the Bobby Brown). 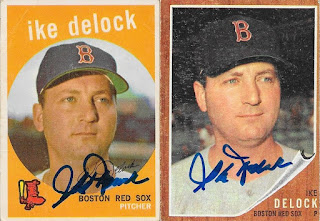 I waned to add some of Delock's Topps issues as well, so I picked 1959 and 1962, since it has been a while since I added any cards from these years to the binder.