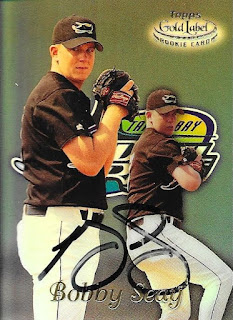 I found a really cool card while I was going through some boxes in the back on my LCS recently, which helped with this TTM success from Bobby Seay.  I had found the below card at the card show in February and after checking online, saw that he signed TTM.  I needed one more card so I would have a round number for $1.00 and picked it up.  Then, I found the above 1999 Topps Gold Label and decided to go ahead and send them on their way. 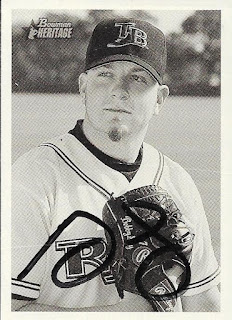 This is a 2001 Bowman Heritage, which looks really cool signed.  I wasn't collecting when these came out, but they are nice cards, even though the set they are based off of are pretty plain.  I'm talking about 1948 Bowman of course.