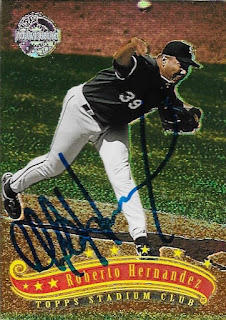 I was really excited about this TTM success from Roberto Hernandez right when it came in.  It had some really cool cards included, which turned out really well.  The success was highlighted by this really cool 1997 Stadium Club Matrix card.  The scan turned out pretty nice, but the card looks amazing in person. 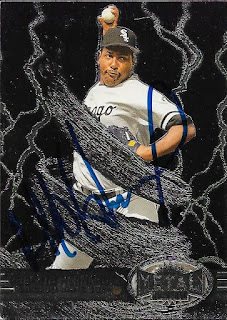 This 1997 Fleer Metal card is equally as impressive.  The scan didn't quite capture the signature, but it looks so cool, trust me. 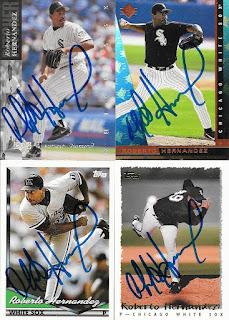 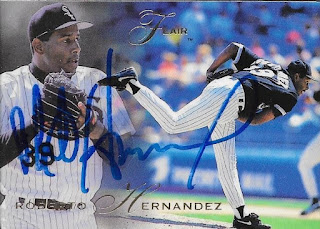 Finally, this 1993 Flair turned out really well.  It, along with the Stadium Club Martrix, was treated with baby powder before I mailed the cards away.  The baby powder technique works so well on Flair cards.  I have had a couple Chrome cards come back that still bubbled some, but over all, the power seems to be doing the trick.

I mailed ot Hernandez on February 27 and got the cards back on March 9, for a 10-day TAT.
Posted by William Regenthal at 9:17 PM