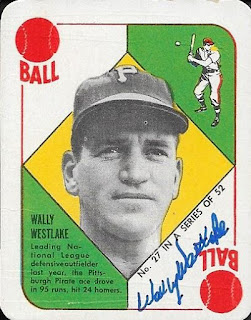 This was a pretty awesome TTM success that I was really excited to get to post tonight.  I have been waiting patiently for a while, and I have finally come to it in my queue of TTMs to be posted.  I picked up two much needed vintage cards for the album in these Wally Westlake cards.  The above is only my second 1951 Topps Red Back autograph.  It turned out great, and Westlake has a great signature for his age. 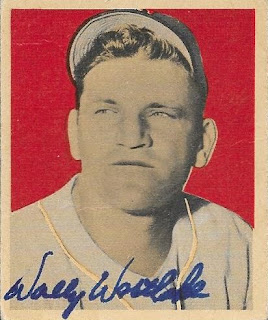 This is my second signed 1949 Bowman, the other was the Bobby Brown auto.  This one really pops with the red background.  It was a decently cheap card when I picked it up, so I was happy to be able to get it out and get it signed.  Westlake also answered my questions, one of which was "Who was your favorite player when you were growing up?"  His response?  Babe Ruth. 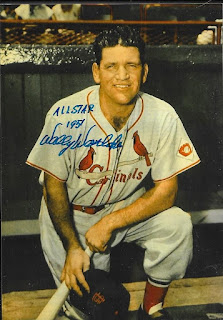 Westlake really surprised me, not only by signing the letter I sent, but also for sending along two signed and inscribed photos.  They're real photos, not cheap prints, or post cards.  I thought it was a really awesome gesture. 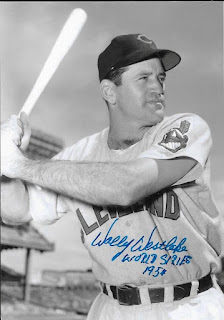 His time with the Orioles was brief, he appeared in 8 games for the O's after being traded from Cleveland and before being moved again to the Phillies.