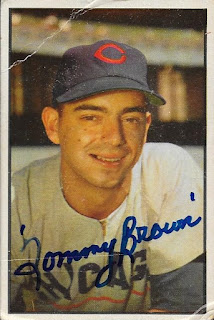 I added another 1953 Bown.  The card turned out great, I think.  I have always loved 1953 Bowman, and adding a couple of them to the album has been a lot of fun.  The cards really turn out great when signed, because they essentially are mini photos.