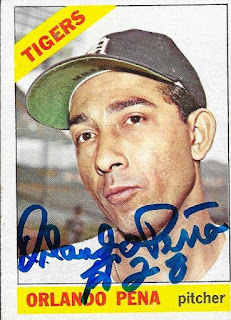 This was a really nice success from former pitcher, Orlando Pena.  I was able to get him to sign the above 1966 Topps and the 1974 and 1975 Topps cards below.  He also wrote a nice note in return with my cards. 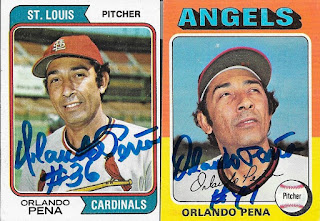