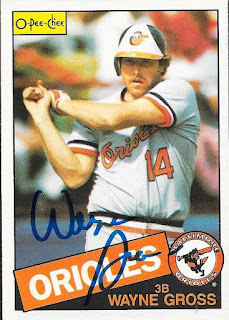 I took another of the O Pee Chee cards that Angus sent me for Christmas and turned it into a TTM success with this return from former Oriole, Wayne Gross.  It was pretty cool to add this 1985 O Pee Chee to the album.  I still think it was really nice of Angus to hook me up with all of those different years of O Pee Chee.  I don't know where else I'd be able to pick those up. 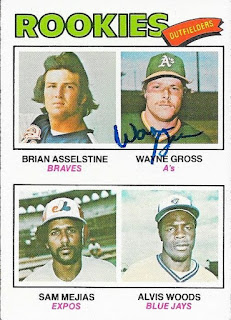 This 1977 Topps rookie card is an interesting one.  I know Brian Asselstine signs.  I'm not too sure about the other two guys.  It would be fun to try to get all 4 players. 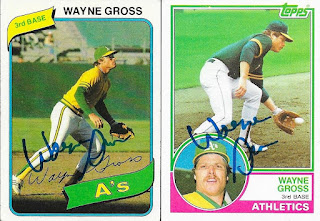 Finally, here are two other Topps cards, a 1980 and 1983 that I sent off.  They're pretty similar cards, albeit different uniforms.