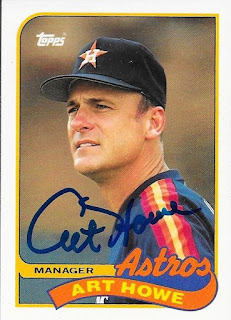 I added some really cool cards to the autograph binder with this success from former manager, Art Howe.  The best part of what I added was that I got some colorful Astros jerseys as part of the success.

The above 1989 Topps Traded was just the start, with the color shown on that card.  I did a pretty good job choosing what I sent off, I think. 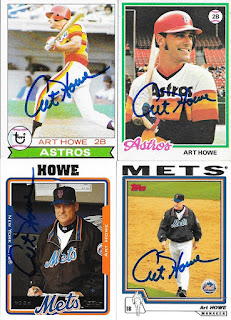