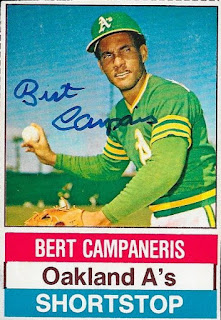 I was able to get another of the 1976 Hostess cards that Max gave me signed with this success from Bert Campaneris.  The card was in a huge lot of cards that Max had sent long back when we first started trading.  I'm always happy to take a card out of that pile and add it to the autograph album. 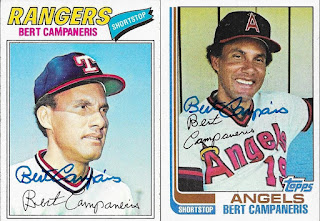 I mailed to Campaneris on January 11 and got the cards back on April 5, for an 84-day TAT.
Posted by William Regenthal at 10:25 PM