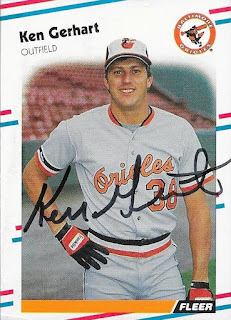 Ken Gerhart signed four cards for me in this TTM success.  I had a former complete set of 1988 Fleer sitting around, so I went through it for TTMs and pulled out this Gerhart when I saw that he signed.  These are some really nice cards that look great when signed.  I hope to add some more in due time. 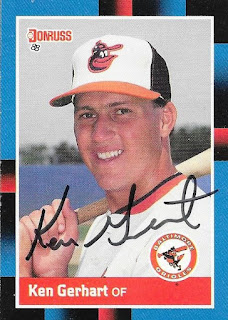 1988 Donruss also looks pretty nice when signed.  I have so many of them lying around.  They usually are passed over in favor of other cards, but this one made the cut this time around. 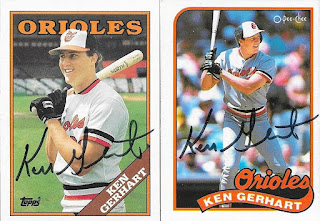 I did add a 1988 Topps to keep the Topps success coming.  I also included the 1989 O Pee Chee that Angus sent me for Christmas.