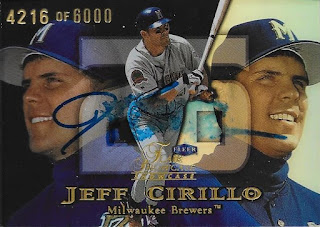 Well, I've only had one time now where baby powder on a card didn't hold an autograph.  This success from Jeff Cirillo shows that nothing is a sure thing.  Oh well.  This card is still cool, and still will have a place in my autograph binder. 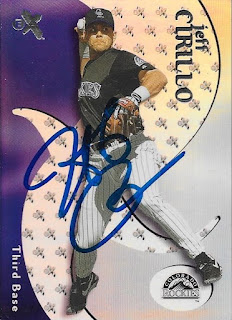 This Fleer EX turned out much better than the Flair Showcase shown at the top of the post.  So, I'm 1/2 with baby powder on this success.  Not bad. 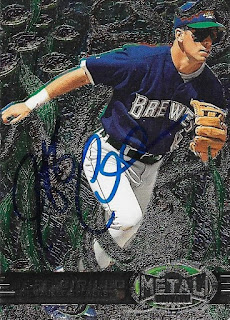 I also can't go wrong with a Fleer Metal.  These cards always turn out great.  I have seen some Fleer Metal cards that would look amazing when signed, but the guys on the card don't sign.  Still, the ones that do, I plan on adding them because they look so nice.