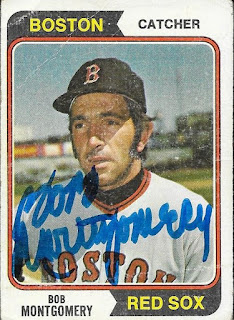 I added some more 1970s cards to my autograph album with this success from Bob Montgomery.  I can't remember where I found this beat up 1974 Topps, but since I needed more in the album, I had no problem sending it away for an auto. 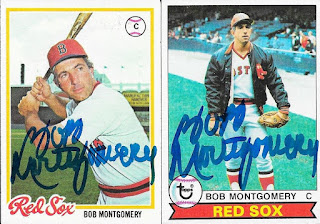 These two cards (1978 and 1979 Topps) came out of a box of cards that I bought at the February card show in Raleigh.

I mailed to Montgomery on March 27 and got the cards back on April 6, for a 10-day TAT.
Posted by William Regenthal at 5:03 PM