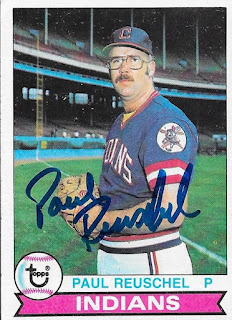 Here is a TTM success from Paul Reuschel that I had come in a couple weeks ago.  I only had a few cards of him, and went ahead and sent them out.  This 1979 Topps turned out really nice, I think. 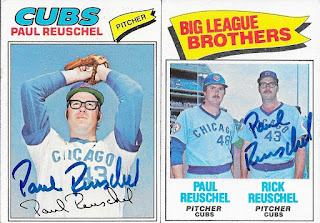 I also got both of these 1977 Topps signed.  I had alreasdy received a TTM success from Rick Reuschel, but I may send the Big League Brothers card out to try to get him to sign.  I'll think about it.

I mailed to Reuschel on March 6 and got the cards back on April 1, for a 26-day TAT.
Posted by William Regenthal at 5:30 PM