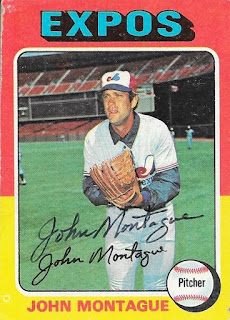 I added some more 1970s cards (and an 81) to the autograph album with this success from John Montague.  I'm always happy to add 1975 Topps to the album, especially ones that came from my very good friend, Max.  His birthday is tomorrow, in case anyone wanted to wish him a happy birthday (Max, not Montague). 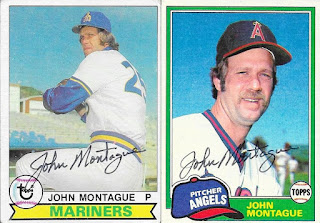 I have been adding more and more 1979 Topps to the autograph album, which is nice.  At one time, I had no extras of 1979, but thanks to the February card show, I got some in bulk.  The 1981 set is always nice to add.  I have a ton of them to get signed, still, so I hope to keep adding more.

I mailed to Montague on February 24, and got the cards back on April 4, for a 39-day TAT.
Posted by William Regenthal at 5:37 PM