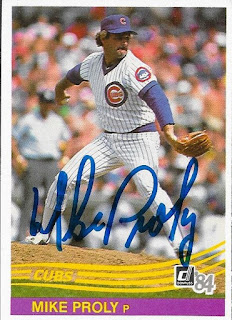 This TTM success from Mike Proly was a nice one to add some early 80s cards to the album.  Starting with the above 1984 Donruss; I believe this is the first one I have added to the album.  I don't own very many 1984 Donruss, save from an Orioles team set and my Cal Ripken PC. 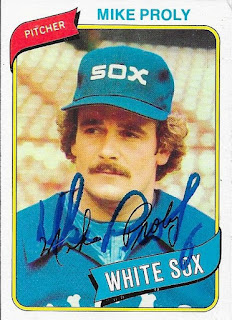 I didn't have very many 1980 Topps added to the album yet, so this one helps.  It came out of a vintage box at the LCS.  I have knocked that box down quite a bit, but I still think I can add a few more to the album at some point. 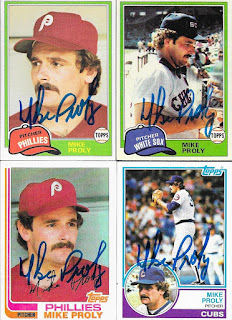