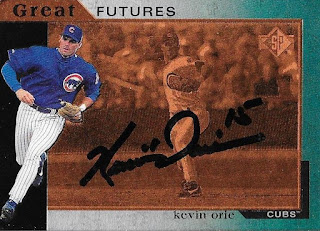 I was able to add some nice 1990s cards to my autograph album with this success from Kevin Orie.  I had waited a while to send to Orie, and built a nice cache of cards up to send out.  I was most excited about this 1997 UD SP Great Futures card, and it didn't disappoint. 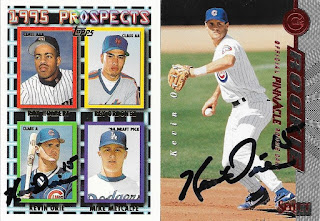 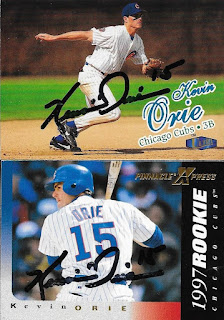 I capped off the success with a couple other nice horizontal cards.  I liked the 1997 Pinnacle XPress card.