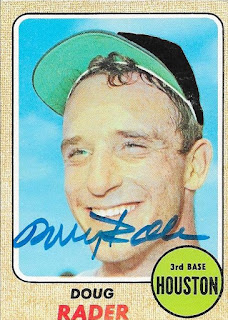 I added some really cool older Topps cards with this success from Doug Rader.  Starting with this 1968 Topps, I had a few really nice cards that I sent out, and I am happy that I got them back.  I had read that some folks had sent cards to him, and didn't get a return.  I believe they sent to the wrong place, though. 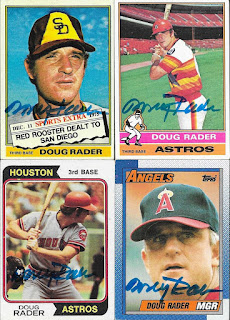 I got another awesome airbrushed card signed (the 1976 Traded Padres card).  I also like the Astros jersey on the other 1976.  The 1974 and 1990 manager card also turned out great.

I mailed to Rader on February 27 and got the cards back on March 9, for a 10-day TAT.
Posted by William Regenthal at 3:57 PM