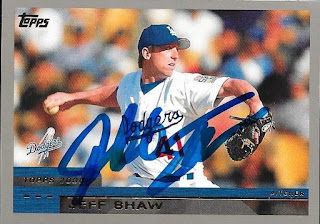 I don't have many cards at all from the late 90s and early 2000s, so when I got this success from Jeff Shaw, I was pretty happy.  I have no clue where I picked up this 2000 Topps unless it was on the stack of like 5 cards I have from that set.  It's a nice looking set, so I need to add more of them o my collection.  It all starts with finding some and picking them up. 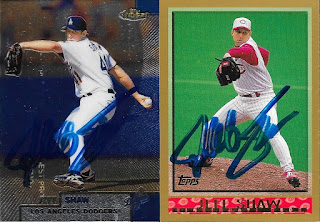 I picked up the 1999 Finest frmo my LCS.  I like how the card turned out, even though the auo is hard to see in the scan.  The 1998 Topps came from the huge lot my mom picked up a while back.