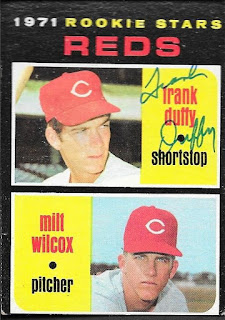 I added some cool 1970s Topps cards to my autograph album with this success from Frank Duffy.  I picked up most of them from my LCS out of the vintage box, but a couple of them did come from my vintage stuff that I got from the Columbia antique shop as well.  I know the above 1971 Topp RC came from my LCS. 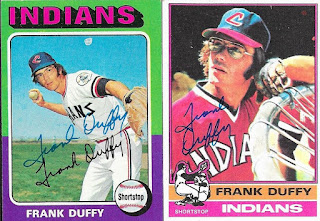 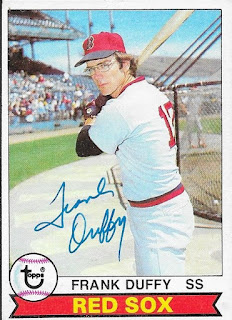 Finally, here is a nice 1979 Topps.  I'm pretty sure I got it from the LCS.  Or maybe the box of 78-79 Topps I got from the card show in February.  Does it matter?  I doubt it, but it is always nice to have an idea how he cards came into my collection.

In 1971, Duffy was traded by the Giants (with Vern Geishert) for George Foster.  Foster would go on to have a pretty nice career with the Reds.