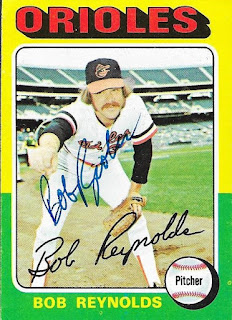 I use my TTM writing as an opportunity to go through my various boxes at pretty regular intervals.  Every time through, though, I find stuff that either I forgot that I had, or didn't realize that I had.  A trip through my Orioles boxes revealed a stack of 1975 Topps Orioles that I guess I had forgotten about.  I checked a few of them on sportscollectors.net to see if they signed, and found a few.

I only had one card in all of my Topps boxes of Bob Reynolds, so I went ahead and sent it off instead of waiting to see if another would pop up.  Still, the card turned out great, and I would have been satisfied with just that one coming back, but I got a nice surprise from Reynolds, himself. 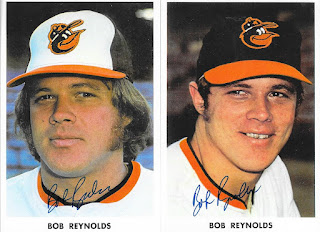