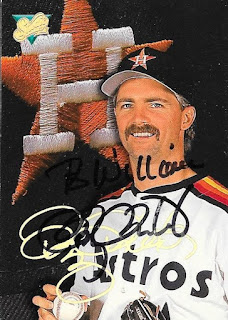 I waited and waited before I finally mailed to Doug Drabek for a TTM request.  I had seen that folks had gotten him, but drug my feet in sending to him.  I waited until the season began and sent to him via the Jackson Generals.  This 1993 Studio turned out great, even though the card is really dark. 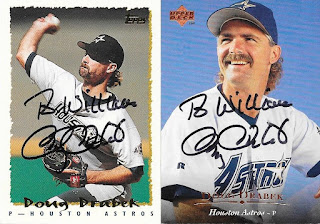 He inscribed each card, and they all turned out nice.  I wish I had a card of him as an Oriole, but I'm still glad I was able to get what I had signed. 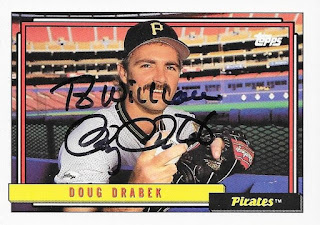 This 1992 Topps turned out really cool.  I had to send off one of his horizontal cards, and it looks great. 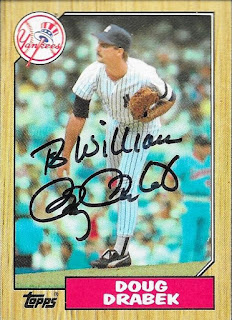