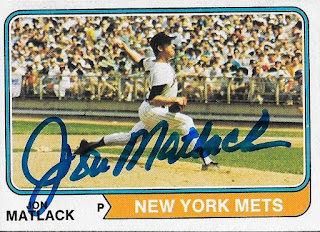 I was really excited to get this TTM success back from Jon Matlack solely based on the above 1974 Topps.  This card is a beauty, and I really love how it turned out. 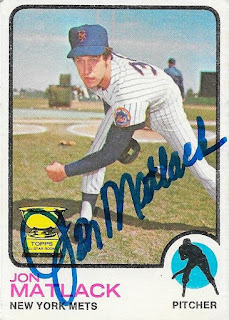 This 1973 Topps that I picked up from Conrad of the former Columbia antique shop really turned out nice, as well.  I met up with Conrad earlier this month when I was in Columbia for the Crawfish Festival and picked up an assortment of cards.  I got a bunch, and am happy with what I have gotten back so far. 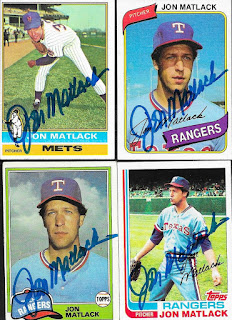 I also added a few other Topps cards from 1976, 1980, 1981 and 1982.  I believe I have a couple cards signed by Matlack from the National a few years back, but I'll have to check my album.  At some point, I need to make a spreadsheet of all of the signatures I have on cards, but that is a plan that is a long way off.