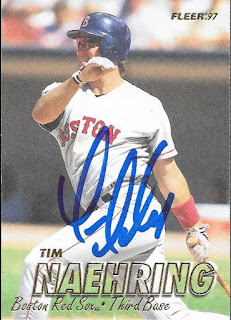 Tim Naehring was another player who took up a spot in my TTM box for quite a long time.  I gathered a bunch of his cards, then waited until the season started so I could send to him via the Red Sox.  The above 1997 Fleer was the card I wanted to get back the most.  I didn't open much 1997 Fleer at all, so I'm not sure where the card actually came from.  It might have been from a repack box or something. 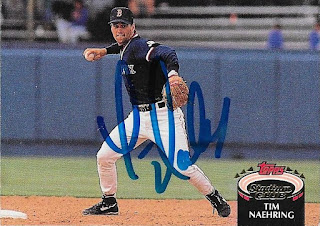 I like how this Stadium Club turned out.  It is a great horizontal card, and looks nice with his signature. 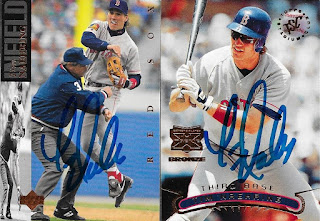 The 1996 Stadium Club (right) is actually an Extreme Player entry form, so that is pretty cool to add to the album.  The 1994 Upper Deck (left) came out of the box that Chris and I busted together. 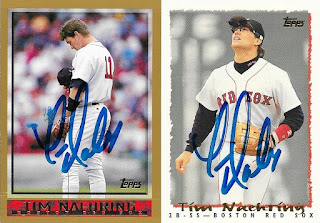 I have now moved onto my fifth autograph album as of last night.
Posted by William Regenthal at 5:23 PM