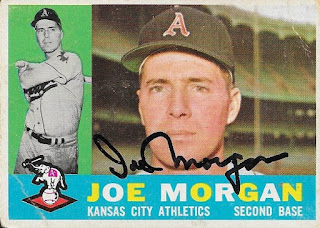 I received a TTM success from Joe Morgan (not the Hall of Famer, Joe Morgan - more on him later) recently on a couple nice cards.  The above 1960 Topps was in my vintage box, and turned out pretty nice.  You can see that the photo was taken at Yankee Stadium.  The old Yankee Stadium, that is. 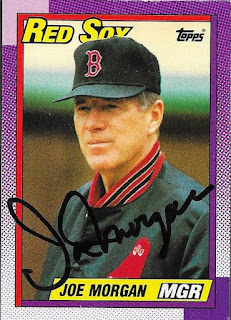 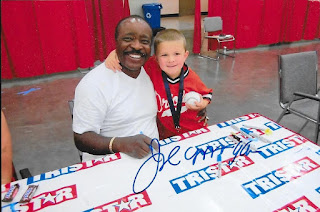 That Joe Morgan is not to be confused with this Joe Morgan, the Hall of Fame second baseman for the Big Red Machine.  I did send a photo to the Hall of Fame a while back and got it signed for Chris.  I need to get it in a frame for him, but I figured now was as good a time as any to post it here.
Posted by William Regenthal at 5:41 PM