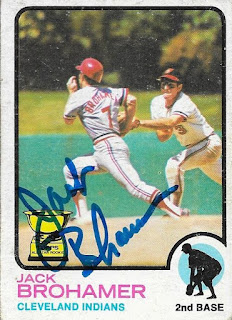 Here is another TTM success with some early to mid 1970s cards.  This 1973 Topps Jack Brohamer has a cool action shot on it and looks really nice when signed.  This is another card that I picked up earlier this month while I was in Columbia. 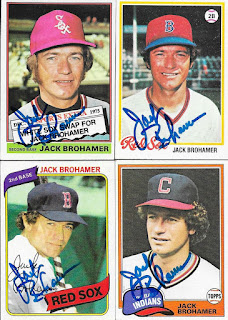