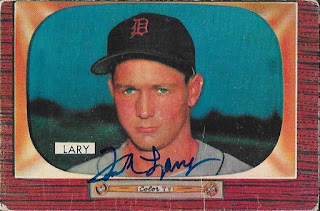 One of the last guys I sent to following the February card show finally came through TTM for me with his success from Frank Lary.  I had bought a number of vintage cards at that show to send out, with the focus on 1955 Bowman.  The Bowman came back looking really nice, as can be seen above. 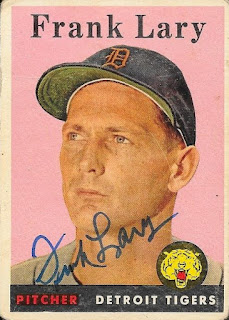 The pink 1958 Topps aren't the best version from that set, but they still turn out nice.  I also love the old Tigers logo. 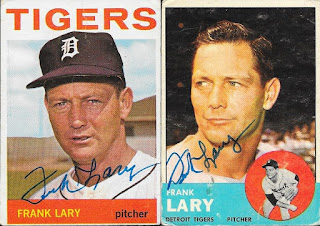 Here are two cards that I added from my vintage box.  I'm surprised that I can still put my vintage cards in a box, since I have robbed from it so much for TTMs.  The 1964 Topps is especially nice.  The 1963 is a bit beat up, but most of my 63s are for some reason.