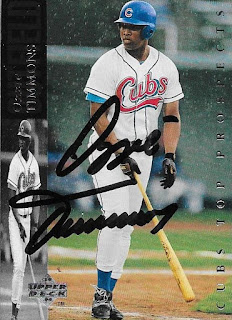 I received a TTM success from a player that I remember watching at Winston-Salem's Ernie Shore Field back when I was a kid.  Ozzie Timmons played in 86 games for the Winston-Salem Spirits in 1992.  That was back when my mom would take us to the field to watch the Frederick Keys.  My grandfather would also take us to a few Spirits games, as well, but I believe that was a couple seasons before. 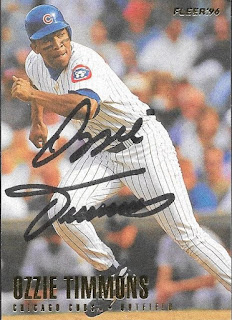 I mailed to Timmons via the Durham Bulls (he is their hitting coach) on April 5 and got the cards back on April 15, for a 10-day TAT.
Posted by William Regenthal at 5:22 PM