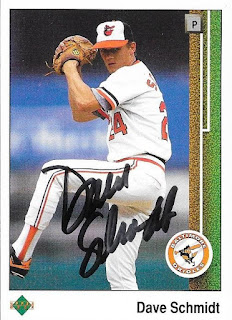 I was able to add a former Oriole to my autograph album with this success from Dave Schmidt.  I hadb't gotten any 1989 Upper Deck signed yet, so it was nice to finally add one to the binder. 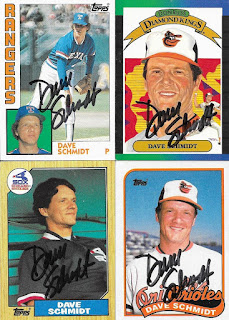 I also added a few nice Topps cards, including a 1987 Topps.  I also got a Donruss Diamond Kings signed, and those always look great.