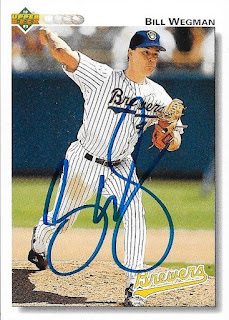 I got a bunch of cards signed by Bill Wegman in this TTM success.  I don't usually send Upper Deck cards from the 90s, but I did send this one from 1992 out.  I don't have much bulk of Upper Deck from 1989 to 1993, and when I have a choice, I tend to lean more toward Topps.  Still, this card looks nice signed. 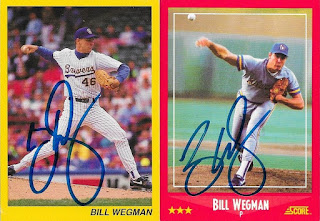 Wegman sent one of his own cards, this yellow one, which is a testimonial card.  The red 1988 Score looks really nice.  I like this set, since it has a bunch of bold colors and they all scan well. 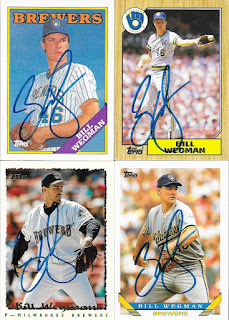