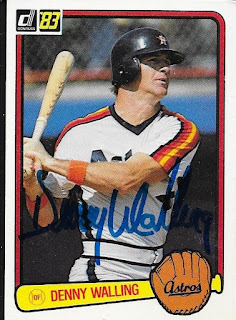 I added a bunch of cards that had been sitting in my TTM box for quite a long time with this success from Denny Walling.  They were near the back of the box behind a otn of other players, so I finally decided to send them out. 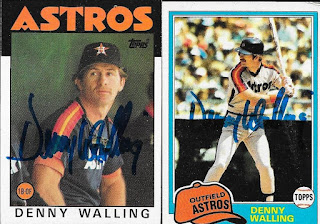 I added 6 Topps cards to my autograph list, upping the totals for some sets that I have a bunch of.  I also added a bunch that had some really cool Astros jerseys like the 1986 and 1981 above. 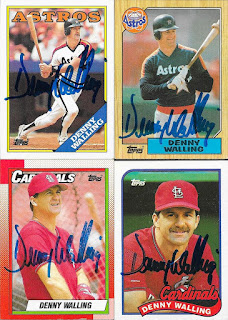