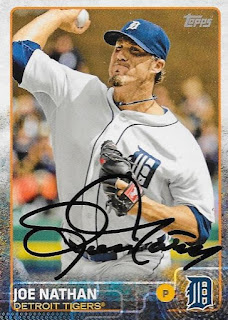 I was really excited to add this success to my autograph binder from Joe Nathan.  Especially so, since I was able to get signed one of the limited edition 2015 Topps minis that my good friend, Ryan, gave me.  You can't tell from the scan, but it is a mini.  It turned out really nice, I think. 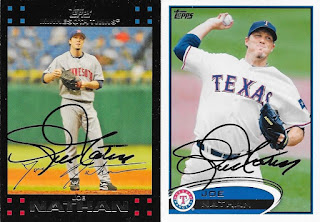 I also was able to get the 2007 Topps and 2012 Topps signed to help add a couple more recent Topps cards to the ledger.  I have noticed that it is a lot harder for me to get more recent guys to sign TTM, thus leaving me with a lot fewer autographs on cards from 1999 to 2017.  I'm working on adding more, though. 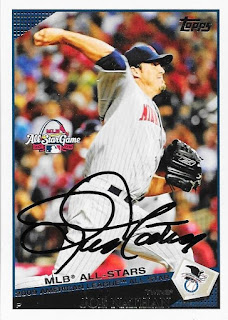 Finally, his 2009 Topps Update turned out really well.  I like the All Star logo on the card.  The only drawback is that the foil doesn't show up really well in the scan.

I mailed to Nathan on May 3 via the Syracuse Chiefs and got the cards back on May 13, for a 10-day TAT.

I also want to take a moment and change the subject away from baseball.  I am a huge Pearl Jam fan, so today's news of the passing of Chris Cornell cuts me really deeply.  I have listened to Call me a Dog from his acoustic album called Songbook (originally recorded with Temple of the Dog as a tribute to the passing of his close friend, Andrew Wood) at least 5 times already this morning.  You never know what someone is going through, so please, take the time to tell those close to you what they mean to you.  They may be gone tomorrow. #RIPChrisCornell
Posted by William Regenthal at 10:22 AM