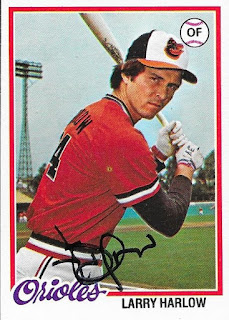 I added an autograph of a former Oriole with this TTM from Larry Harlow.  I picked up this 1978 Topps from the February card show, which was nice because for the longest time, I didn't have very many signed 78s.  I think this card looks really nice, with his bright orange jersey paired with the thin red border. 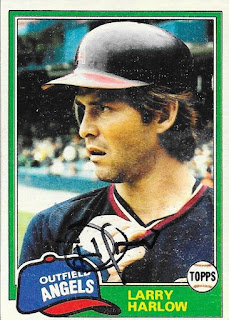 Here is another 1981 Topps for the album.  I have a ton of these in there because I have so many in a box in my closet.  There still aren't as many as from 1987. but I still have a ton.

I mailed to Harlow on February 21 and got the cards back on April 12, for a 50-day TAT.  He also included a nice hand written note that said "Thanks for being a baseball fan!"
Posted by William Regenthal at 11:21 PM