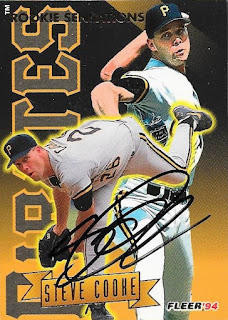 I'd like to start off this post by saying that this 1994 Fleer Steve Cooke looks so awesome.  I was really excited to get this one back from him.  I think the Pirates colors work really well with this card.  His signature does well on it, too. 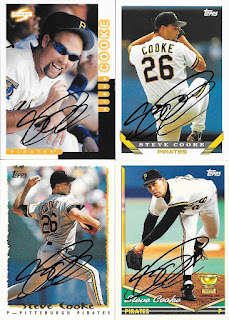 Actually, each of the cards I was able to get signed turned out great.  The Pirates color combination of yellow and black is such a good combo, and always looks great on cards.  I think my favorite of this group is the 1994 Topps with the rookie cup logo.