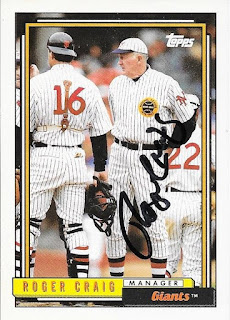 I got a really cool TTM success from former manager, Roger Craig.  I really liked this 1992 Topps with the throwback jerseys.  This is actually the card that made me want to send to Craig.  I just think the retro jersey is really cool. 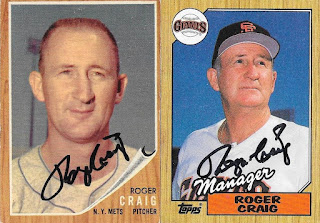 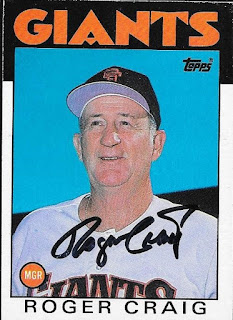 Finally, I got this 1986 Topps signed as well.  These cards always look cool when scanned.  Craig signed for a $5 fee per card, and this was $20 well spent.

Craig was a graduate of NC State University and was born in Durham, NC.  He managed in the majors for the Padres in 1978 and 1979, then the Giants from 1985 to 1992.  He led the Giants to the NL Pennant in 1989 and to the infamous earthquake World Series that season.