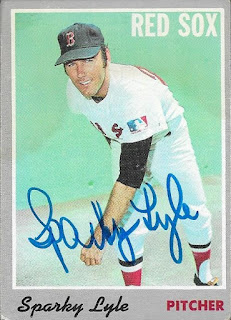 I have been slowly knocking out TTM subjects who charge fees, so I can conserve money.  I sent off to Sparky Lyle, who charges $5.00/card and got some nice early 70s taken care of and added two other cards as well.  I had been holding onto this 1970 Topps for some time, hoping I could get it signed, and finally got it taken care of.  His signature is pretty nice. 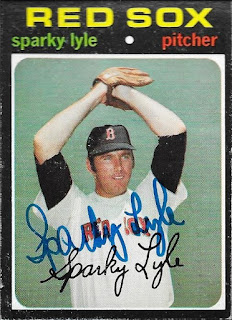 This 1971 Topps also turned out really well.  I haven't gotten one of them back in a while, so this one was a nice addition. 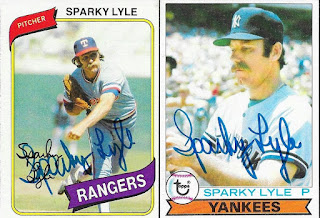