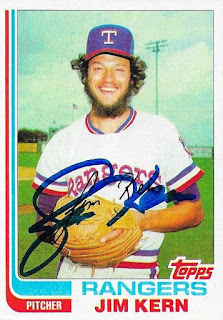 Here is a cool TTM success from the days of wild hair in the majors.  This success from Jim Kern was pretty cool, especially with the above 1982 Topps.  I just love how sharp the card looks after it was scanned. 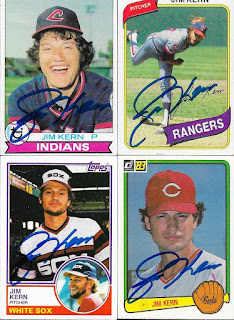