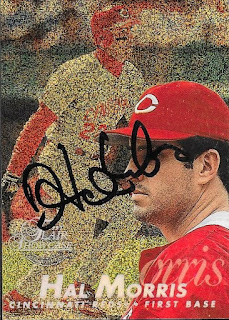 This success from Hal Morris turned out really nice.  Especially the above 1997 Flair Showcase.  The card scanned really well, with all of the glitter in the card really showing up. 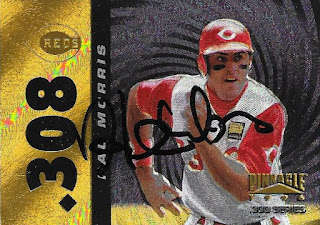 These 1996 Pinnacle Museum parallels also look really nice when they are signed.  The cards don't really stand up all that well to time, as some of them, the foil will begin to peel. 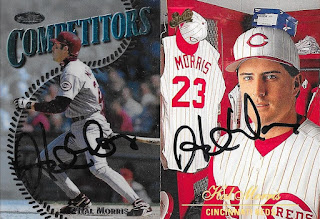 Finally, here are the two other cards, a 1997 Finest Competitors and a 1994 Studio.  Both of these turned out really great.  I enjoyed each of the cards that I had sent Morris.  Each of them was a really nice example to put into my album.

I mailed to Morris on February 9 and got the cards back on May 2, for an 89-day TAT.
Posted by William Regenthal at 11:08 PM