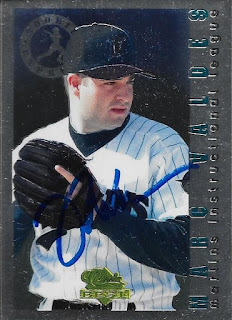 This Classic Best is the card that I really wanted to see signed, but the scan didn't turn out all too well.  This is very similar to Chrome, except that the card is a lot thinner.  I powdered it, and the signature turned out really well. 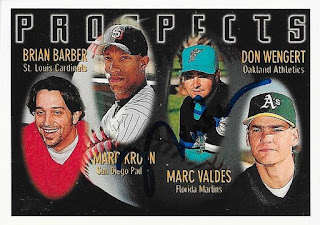 I thought it was funny that I was able to get three different Topps years of prospects cards with Valdes on them.  This is a 1996, a very rare set in my binder. 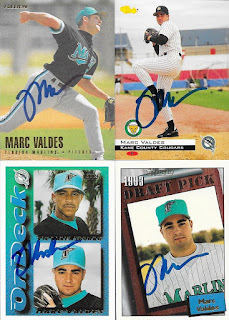 I also had his 1994 and 1995 Topps cards.  I didn't even realize until just now that the 1994 is a Topps Gold parallel.  I need to take it off of my ledger for 1994 Topps, since I don't count gold parallels (or any parallels) toward the number I have of each set.  I guess I need to remember that for when I get home.